Created by the state and recognized of public utility in 1976 (by decree of December 6, 1976, amended by decree of December 19, 2018), the Fondation des Artistes is driven by a unique philanthropic, cultural and social vision and aims at assisting plastic artists all throughout their career, from the launch of their career at the end of art school to their search for a studio, projects funding, the international exposure of their artistic research and the exhibition of their work up to providing access to a nursing home.

The Fondation des Artistes owes its existence to two founding acts of generosity: Adèle de Rothschild’s bequest of her private mansion located 11 rue Berryer in Paris to create a Salomon de Rothschild foundation, and the bequest of the Smith’s sisters, Jeanne Smith and Madeleine Smith-Champion, of their estate of Nogent-sur-Marne. All three women being deep art lovers and collectors, they donated their estate to the state to support living artists.

Their bequests were later merged into a single entity, the Fondation des Artistes, dedicated to artistic creation.

In 1908, the Baroness Adèle de Rothschild expressed in her will her wish to turn her private mansion into a “place for the arts”, dedicated to living artists, that would take the name of “Fondation Salomon de Rothschild” after her death (which happened in 1922), in tribute to her late husband Salomon de Rothschild who died prematurely in 1864.

The Fondation Salomon de Rothschild was created on December 18, 1922. Its board of directors included the daughter of the baroness Helen Van Zuylen, the Director of the Ecole des Beaux-Arts de Paris, Paul Leon, the business banker Moïse de Camondo, and the fashion designer and art lover Jacques Doucet. In 1924, Jacques Doucet’s library specialized in art history, named “Bibliothèque d’art et d’archéologie”, which today constitutes the core of the library fund of the Institut National d’Histoire de l’Art (INHA), was transferred to the private mansion and inaugurated by the French President Gaston Doumergue.

The mansion also hosts exhibitions and other artistic events such as the annual book sale organized by the Association des écrivains anciens combattants. It was during this charity gala that French President Paul Doumer was shot by Paul Gorgoulov, a Russian opponent to the Bolshevik regime, on May 6, 1932. After Sadi Carnot, Paul Doumer was the second French president killed in the performance of his duties.

Later, the Hôtel Salomon de Rothschild housed several major institutions like the BnF and its print cabinet, which replaced the Bibliothèque Doucet between 1937 and 1946. After 1967, the mansion also became home to the archives and exhibitions rooms of the Centre National d’Art Contemporain (CNAC), which then merged with the Centre Pompidou inaugurated in 1977.

As early as 1909, the painter Madeleine Smith-Champion and her sister Jeanne Smith decided to bequeath their two mansions and their vast 10-hectares garden to the French state, while keeping its usufruct.

The estate of Nogent-sur-Marne was officially bequeathed to the state after the death of Madeleine in 1940, and then of Jeanne in 1943. It led to the creation of the Fondation Smith-Champion in 1944, which mission was the become “a nursing home for artists and writers”, in accordance with the sisters’ will.

The Maison nationale des artistes, one of the rare French nursing homes for creators (plastic artists, movie makers, comedians, musicians and authors, etc.) was created in 1945 and received its first residents in 1947. The following years were used to expand and improve the housing conditions of the artists. Thanks to many donations by artists and art lovers, several building projects were launched by the first director of the foundation, the painter Maurice Guy-Loë, who took at heart to help struggling artists all throughout their careers.

Over 100 artists -painters, sculptors, engravers, photographers, architects, writers, musicians, poets, ceramic artists, interior designers, stage directors, illustrators, graphic artists, cabinet makers, goldsmiths, art bookbinders, enamellers, art historians and critics… – resided at the Maison nationale des artistes between 1947 and 1976. Thank you letters from former residents to Maurice Guy-Loë dating from this period show the vitality of the house at the time of its creation, as well as the major role it played in helping artists in need in the aftermath of WWII.

In 1976, Bernard Anthonioz, the inspector of creation at the Ministry of Culture, merged the two bequests from Adèle de Rothschild and the Smith’s sisters, two major bequests that both aimed at supporting living artists.

Recognized of public utility and not-for-profit from its creation, the Fondation des Artistes is a unique case of creation of a private law foundation by the French state to administer the bequeathed estates. The foundation’s income exclusively comes from the rent of the bequeathed properties, as well as other donations and bequests made to the foundation, such as a private mansion in the 16th arrondissement of Paris donated in 1977 by painter Pierre Guastalla. Its status as a private law entity allows the Fondation des Artistes to be very dynamic and flexible, and to carry on its cultural and social projects according to a unique economic model in the spirit of public utility put at the service of artistic creation.

From 1991 to 1993, the Hôtel Salomon de Rothschild, become the head office of the foundation, was used as the exhibition room of the Ministry of Culture, the Hôtel des Arts, replaced by the Centre National de la Photographie (CNP) from 1993 to 2003.

Today, it houses the office spaces of several cultural associations and its reception rooms are operated by a luxury event company.

The foundation also managed and engaged in the construction of thirty-seven studios. The “Hameau” was built below the park of Nogent-sur-Marne between 1964 and 1972. A second series of thirty-five studio-houses for artists was built on land adjoining the estate of Nogent, the “Cité Guy-Loë”, and inaugurated by the Minister of Culture Jack Lang in 1985.

A modernization project of the Maison nationale des artistes was later carried on to become an EHPAD (nursing home) in 2002, which allowed the foundation to provide social aid for residents in need.

The foundation also took on the mission of fostering the production and diffusion of art. To that effect, it opened an art center in the second private mansion located 16 rue Charles VII in Nogent-sur-Marne in 2006: the MABA (Maison d’Art Bernard Anthonioz) organizes three exhibitions every year featuring contemporary creation, photography and graphic art.

Every year, a grant commission created in 2011 provides production grants to about fifty France-based artists.

In 2016, the foundation also took on sponsoring actions in art schools to help young graduates transition toward professional life.

In 2019, alongside other French actors of contemporary art, the foundation committed to giving better visibility to the French art scene abroad.

At the same time, and since the 2000s, the foundation took at heart to preserve and share its estate by restoring the entire Hôtel Salomon de Rothschild as well as the Cabinet of Curiosity and the Rotonde Balzac. The ownership of the Bibliothèque Smith-Lesouëf of Nogent-sur-Marne was transferred from the BnF to the foundation in 2004. Renovated and emptied of its original book collections, the space opened to the public in 2019. 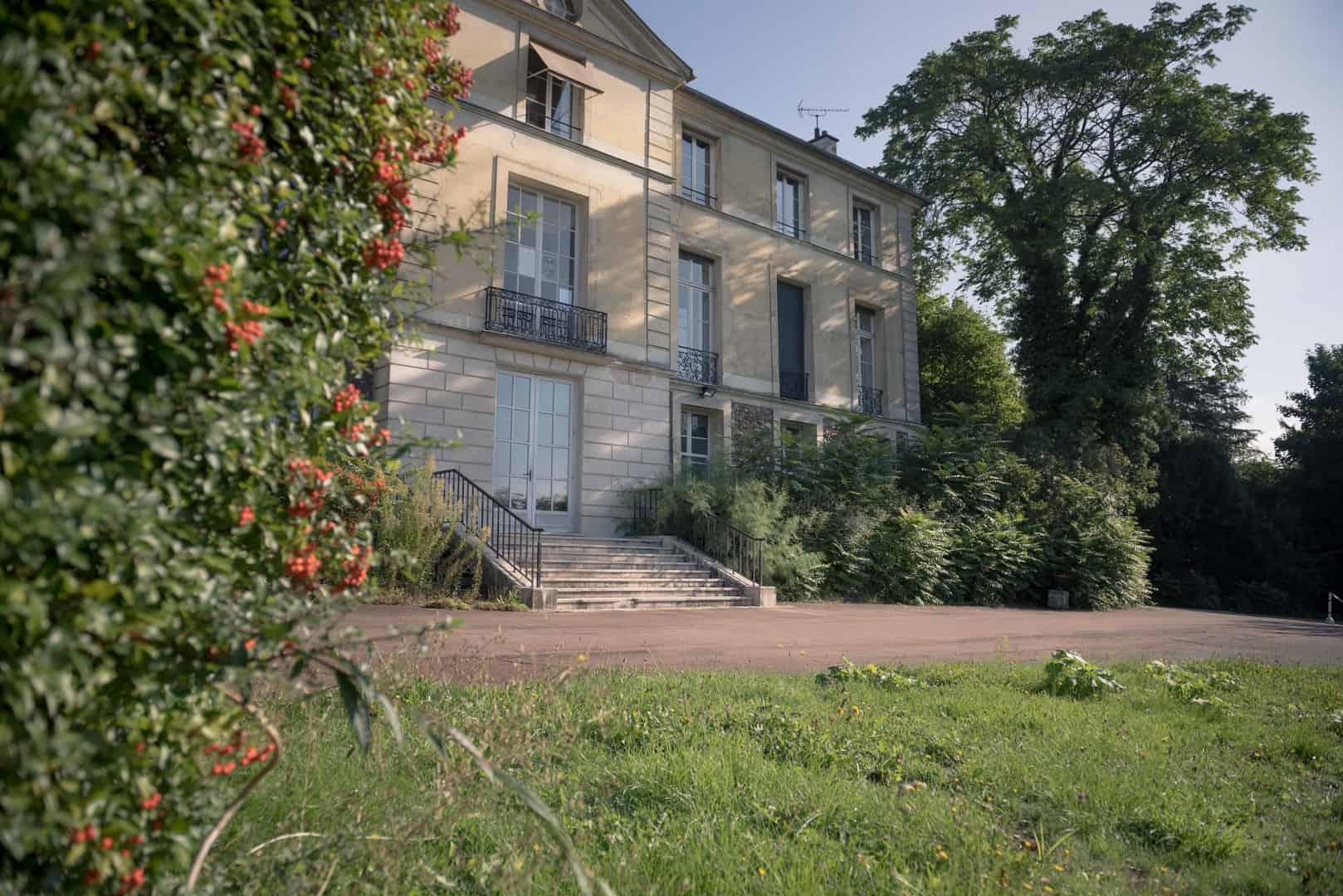