The collection of the Baron and Baroness Salomon de Rothschild 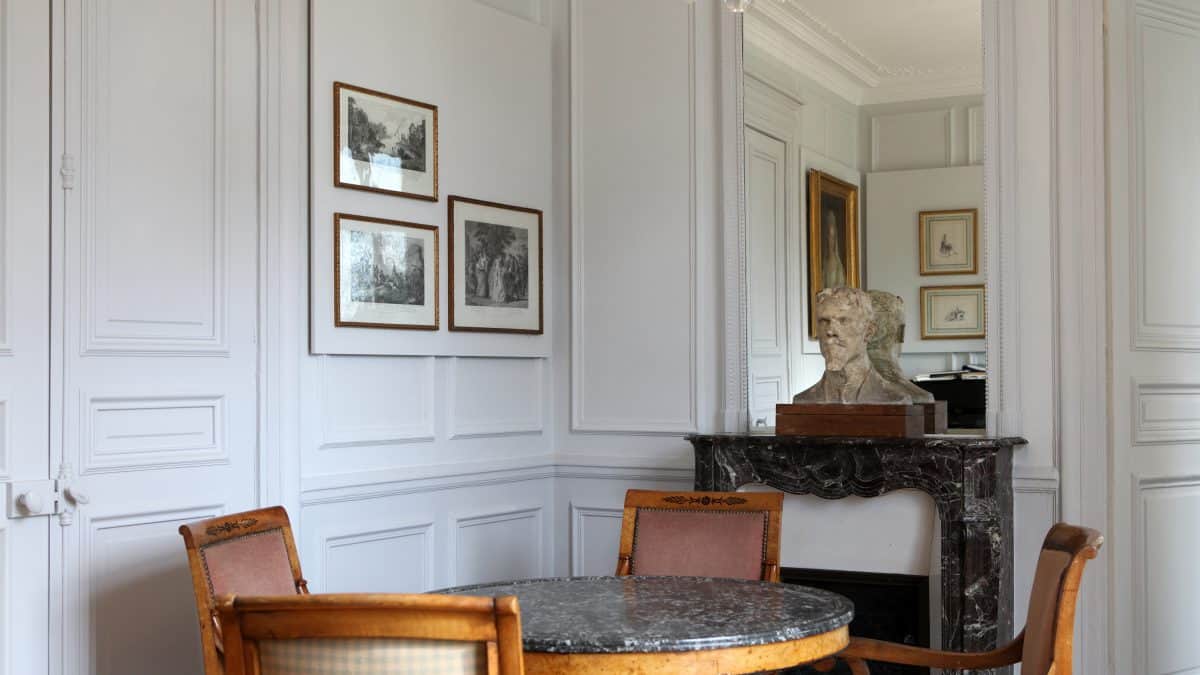 In the 17th century, at the time when the village of Nogent-sur-Marne was attracting Parisian aristocrats and bourgeois looking for homes to retire, the two horizontally-shaped lots located on what is now rue Charles VII were transformed to each host a castle and a garden. Of the two mansions, that of 14 rue Charles VII (today the Maison nationale des artistes), is the most recent one. It is mentioned for the first time in 1665 and was owned at the time by the baron of Soucy, the first of fourteen owners. In 1860, the mansion and its park were acquired by Jules and Anne-Léontine Smith, who took on its renovation. Among other things, they built the beautiful double-helix staircase opening onto the garden. After the death of Anne-Léontine in 1912, her daughter Jeanne Smith definitively moved into the castle, where she remained up until she died in 1943. The transformation of the mansion into a nursing home for artists in 1945 had a great impact on the interior layout. However, three adjoining reception rooms remain with their original Louis XV-style stucco moldings, their herringbone parquet flooring and their 18th-century marble fireplace.

To visit the Maison nationale des artistes (page in French only)